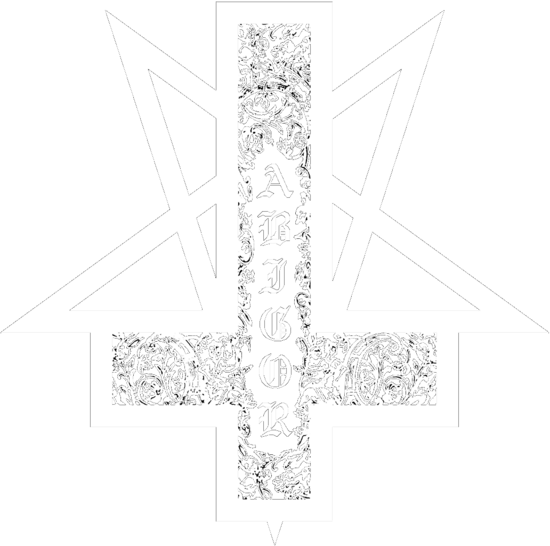 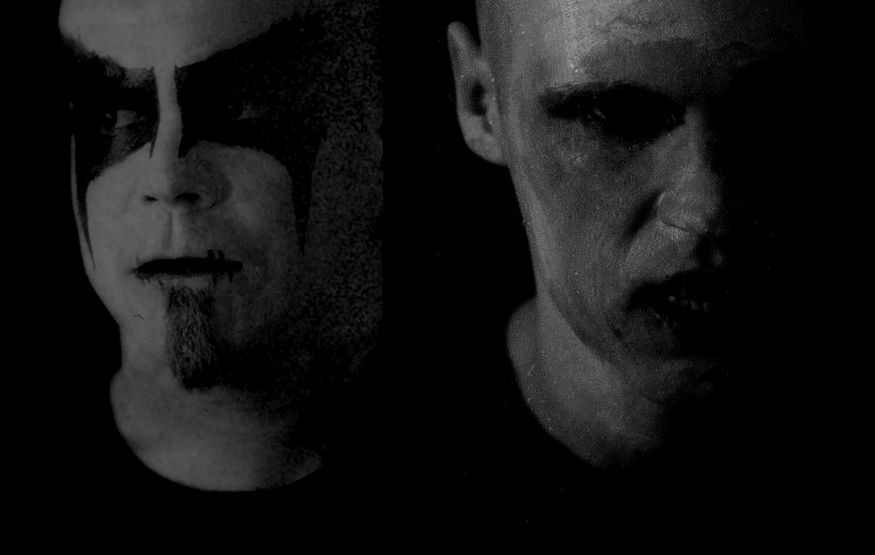 Black Metal may still be excellent, and the pool of „occult“ or post-DSO bands is huge. But where´s the pounding greatness of Natten´s Madrigal, Apokalypsens Ängel, Det Som Engang Var or the Strid 7“ today?

Not that we would or could fill this gap, but in Abigor´s very own stubborn way and with the old-school execution of mentioned masterpieces, our new album was recorded without a single „blastbeat“, without multi-guitar madness or downtuned disharmonic riffing.

String wise, minimalism was the law - only one guitar left, one guitar right, and a bass in the middle. Not one single additional guitar-track to add soli, melodies or double-tracks.

Lyrically, all hokuspokus and theological pondering was avoided. It´s not an album of a seeker, or about one´s initiation, or to lecture, but about the Devil and the Devil only! An impulsive work stripped down to the very basics that maybe could have been released in the 1990s.

This technical restriction as well as a focus on the the evil force that sparked Black Metal ablaze at the beginning of the 90s also torched our work again.

Silenius is soon starting to record the vocals, and you can expect the new Abigor LP and CD after the summer makes way for the autumn´s gloom.

Tracklista:
1. All Hail Darkness And Evil
2. Sword Of Silence
3. Black Icarus
4. The Cold Breath Of Satan
5. Our Lord's Arrival - Black Death Sathanas
6. None Before Him
7. Olden Days
8. Hymn To The Flaming Void
9. Christ's Descent Into Hell
10. Ancient Fog Of Evil
11. Metamorphosis 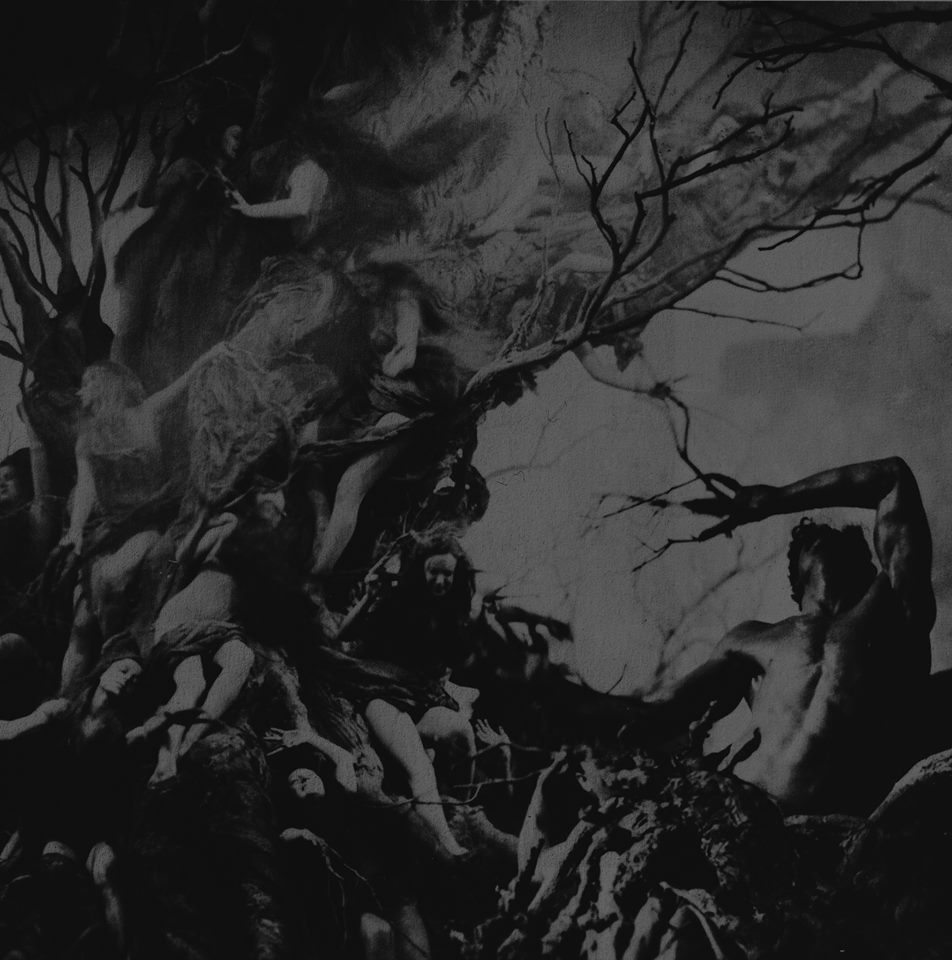 Syfem to jest Pazuzu i pochodne, a nie Abigor 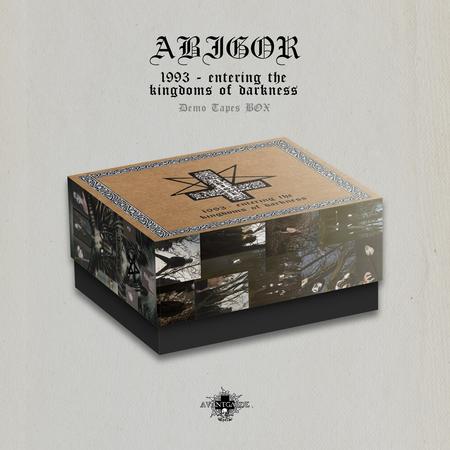 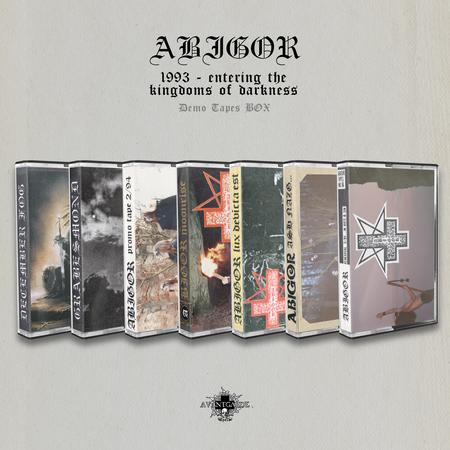 When we recorded these cassettes, Avantgarde/Obscure Plasma had just released Live In Leipzig, churches went up in flames, Euronymous was killed, Hellhammer and Attila tried to finish recording and mixing De Mysteriis Dom. Sathanas at Grieghallen, Tchort and Samoth of Emperor joined Faust in prison for murder, knife-assault and arson respectively, Darkthrone prepared the songs for Transylvanian Hunger and broke with both, mainstream press and label, to underline that Black Metal is radical and art knows no shackles and that money-hungry pigs must die! Yet today, the sell-out happens right on the stages in front of thousands of cheering people. Old twats put up a show and pretend it´s the old days to cash-in on nostalgia, but in fact they have long forgotten what “the old days” were like! Our approach to Black Metal during the demo days is a fitting example to reflect on this and the increasingly unbearable habit of bands copying each other.

As you can hear, we were bad musicians – and downright horrible engineers. We knew virtually nothing about instruments and gear. Only that plugging a cheap microphone straight into the inputs of a Tascam 4-track lets us record sound, dry and unprocessed. Our 2 consumer-grade microphones were hung from the ceiling and we did all errors one could make – from overdriving the inputs to weird stereopanning, and especially reducing the quality further when merging the 4 already recorded tracks back to stereo (a “technique” to get 2 free tracks again for vocals, additional guitar parts, soundeffects or keyboards).

Although these demos must be rated far below the early Black Metal masterpieces released at that time, still there are qualities, most primitively captured, missing in today´s counterfeit bands. The atmosphere was dense, we were hungry and smelled blood, the mindset pure and dedicated. The primitive lyrics impulsively scribbled on paper at any time of the night, but from a musical perspective, listen to these samples and you will hear from the first amateurish moment on, we embodied a certain degree of individualism and originality. Like everyone else did back then. There are bits of Heavy, Power, Thrash and Doom Metal, there was the need for personal expression and the firm will to experiment. We used what was there, acoustic guitars, a damaged floortom to mimic kettledrums, an old piano in the attic, a cheap dusty mini-keyboard found on Tharen´s cupboard, and strange field recordings. On the fist demo, there was no whatsoever effect. Only in december 1993 when “lux devicta est” was recorded, we discovered if you plug the vocal microphone into the guitar amp and not into the recorder, we can use the amp´s spring-reverb to enhance the atmosphere of the vocals. Finally, the vocal echo used on the 3rd tape was achieved by plugging the Tascam´s output into the input. Our approach surely sounds laughable for the bands of today, who record an album at Necromorbus or Endarker Studio after a few weeks of existence possibly asking the engineer for “that BM sound”, but maybe, experimenting with shoddy demos in a cold cellar before pestering the whole scene shapes one´s art for the better on a long term?

Most importantly, even though we were simple-minded in our approach and starstruck by the sheer satanic genius showcased on the achievements of our colleagues in all parts of the world, still, when we realised something sounded like them, we immediately dropped the very part. The same goes for the visual aspect, a b/w xeroxed photo-cover was Darkthrone´s idea, and by that never an option for us. Today´s practice to copy successful bands of the moment is such an alien thought, it´s opposing everything this artform stands for. It is weak, small-minded, sheepish and cowardly. The motivation and aim within Black Metal must be conformed and aligned to the sinister essence, the definition of Black Metal, but at all cost, each group´s art must be individual! Even if this means to fail terribly at various attempts. Yet every genuine failure is worth much more than the best copy! The more we adored Burzum, the more we wanted our prevalent spirit to be like that – which meant being radical and artistically different than everyone else, but it certainly did not mean cloning Burzum´s music and cover! Copying someone, even your own glorious old sound, is the contrary of the often-cited oldschool spirit. Oldschool means daring, uncompromising, original. Only if the next generation remembers the origins and the values which nurtured this artform, there is a future. Otherwise, let us torch the bridges and burn down the stale copy of what once was.

Here are our sonic crimes of these days, the first 4 demos with Tharen on vocals, the first rehearsal with Silenius and 2 side-projects of PK (with assistance and contribution by TT, Silenius, Protector and Count Daemon van Zazas). Source of the first 4 tapes was a DAT on which we saved our demos back then, all covers printed directly from the original handmade-master-covers still in our possession. Therefore, the content of this box is an original edition of demos, taken from the master templates, and these tapes can be considered just as original as the handful of cassettes spread in the early 90s BM underground. Coming on black screwed tapes exactly like back then, only in better quality (since we used our shitty tapedecks back then to copy the tapes).